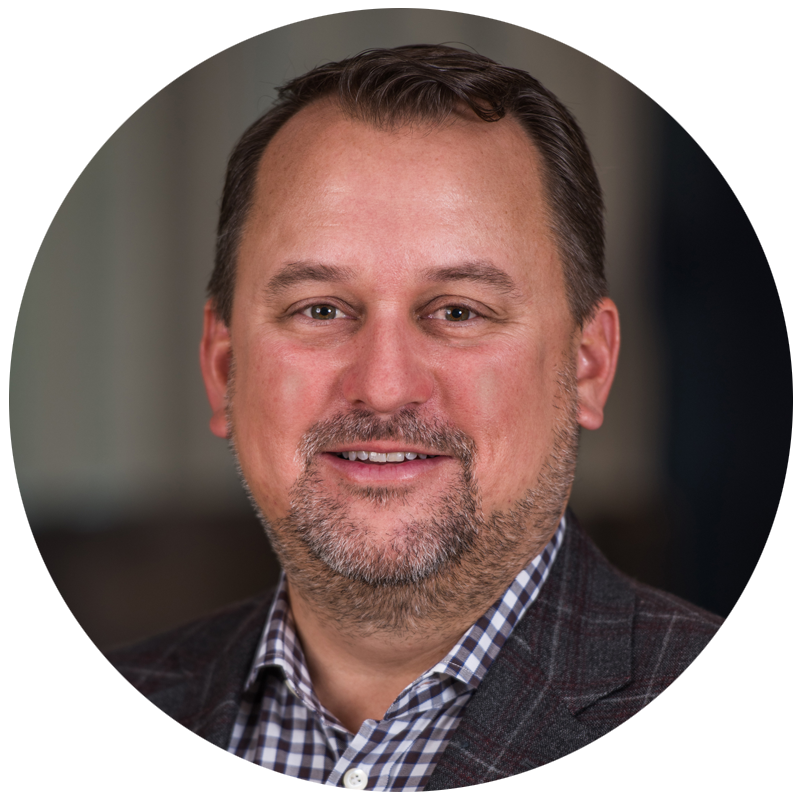 Since Mr. Hunter founded Care Hospice’s first location in 2008, Care has grown via a focus on underpenetrated, highly populated secondary and tertiary markets. Care has a strict top-down culture of compliance pervasive across the entire organization. Its robust front-end admissions screening and intense recertification scrutiny ensure hospice eligibility and reduces compliance risk. With an efficient operating model, fully integrated and scalable infrastructure, a diverse footprint, and an experienced, growth-oriented executive team, Care is positioned to continue capitalizing on the ongoing wave of hospice industry consolidation. Care has developed an excellent reputation among referral sources by providing the highest quality of service via a disciplined, objective, and metrics-driven approach to measuring clinical outcomes and patient satisfaction.

Mr. Hunter, a 20+ year hospice industry veteran, founded Hospice Care of Louisiana in 1997 and Community Hospices of America in 2003, which was renamed Compassus in 2008. He then founded a Virginia-based hospice agency, which became the foundation for Care Hospice. Mr. Hunter has served as a Director of the National Hospice & Palliative Care Organization (NHPCO) and has been the President or Director of several state hospice organizations. Additionally, he has chaired NHPCO’s Regulatory and Audit committees, and vice-chaired or was a member of NHPCO’s Finance, Public Policy, Legislative, and Governance committees. Early in his career he worked with Ernst & Young, LLP after graduating from the University of Florida. bradhunter@carehospice.com

Mr. Brown has over 25 years of operational and business development experience and is focused on managing and improving Care’s agency operations, ensuring integration success post-acquisition, managing key vendor relationships, and developing marketing and sales collateral. Prior to Care Hospice he held financial and operational roles at a software and consulting firm, an energy company, and a water engineering and manufacturing company. He spent five years in management consulting at the Monitor Group, including work with numerous healthcare companies, and began his career in corporate finance at Texas Instruments. Mr. Brown received a BS from the University of Colorado, an MS in Electrical Engineering from Southern Methodist University, and an MBA from the University of Virginia. grantbrown@carehospice.com 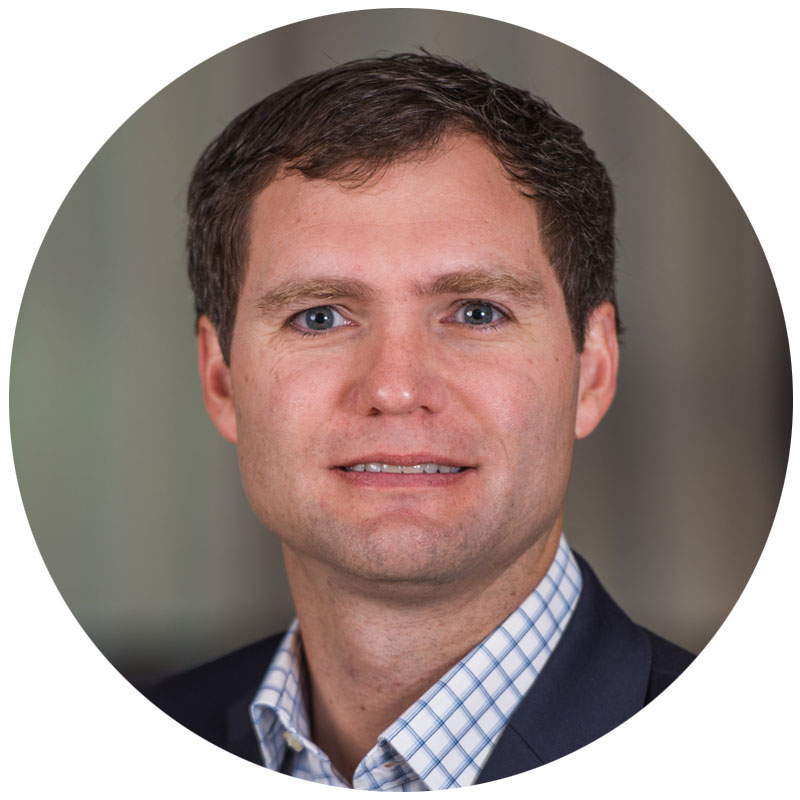 Mr. Wolf has considerable experience in finance and banking, with initial roles at Salomon Smith Barney and Citigroup Investments where he was focused on M&A origination, structuring, financing and private equity investments. Prior to joining Care, Mr. Wolf spent 11 years at Greenbriar Equity Group where he held numerous CFO and financial roles across the fund’s portfolio companies. 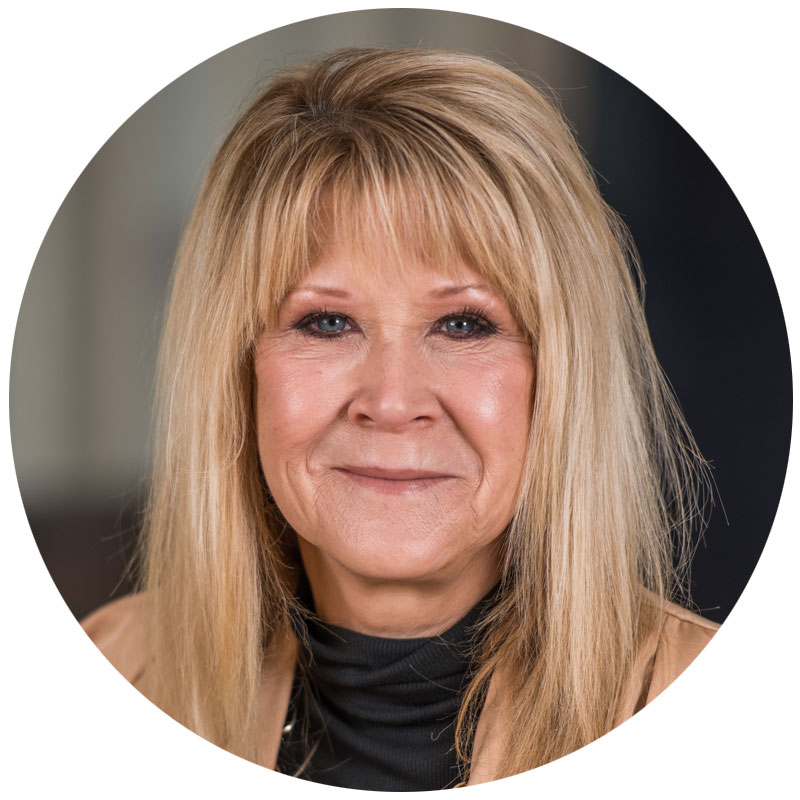 Ms. Rich has over 30+ years of clinical and compliance hospice experience, including acting as Chief Compliance Officer for numerous large hospice agencies. Ms. Rich served as the Quality Chairman in 2007 for the National Quality Workgroup. She also served two terms on the NHPCO Regulatory Committee and most recently the Emergency Preparedness and Relatedness Sub-Committees. She recently became Certified as a Hospice Compliance professional through NHPCO and represents Care on the HOPE Quality Assessment Tool Taskforce.

As the Vice President of Human Resources, Crystal is responsible to maintaining and improving Care Hospice’s HR process, practices and policies while enhancing value to the HR team across all of the Care Hospice agencies. Crystal is a graduate of Virginia Tech and a SHRM Certified Professional. 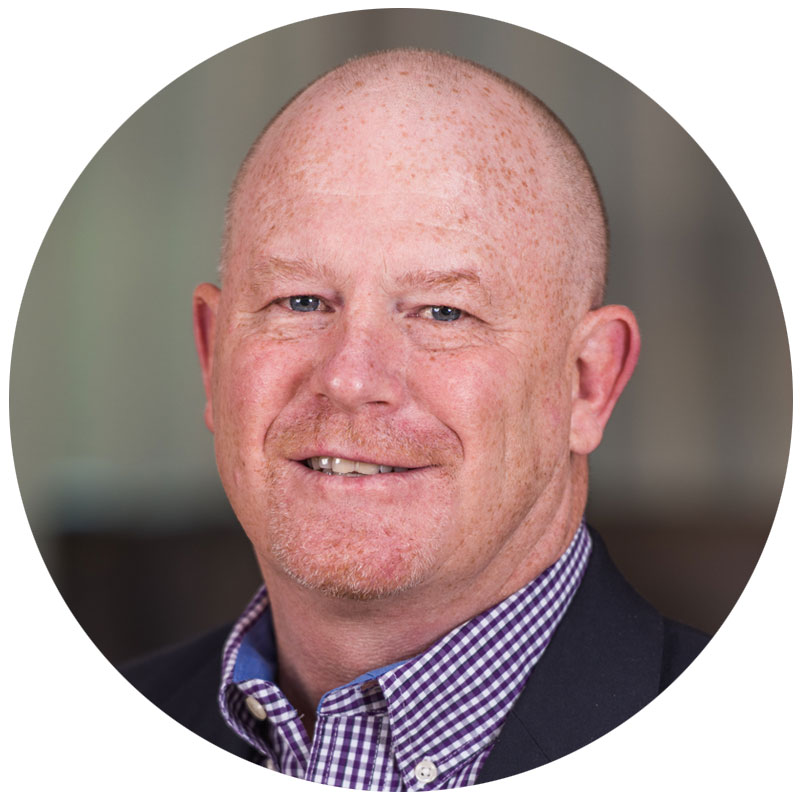 Mr. Hutchinson has over 30 years of experience, primarily focused on healthcare sales and sales management. He is responsible for the overall revenue and admission growth across the communities we serve. Prior to Care, Mr. Hutchinson was Vice President Sales and Marketing for Kindred Healthcare's Hospital Division. Prior to Kindred, and the beginning of his hospice career, he was the Vice President of Sales at Beacon Hospice prior to its acquisition by Amedisys. Mr. Hutchinson began his career at Procter and Gamble and then worked with United Health Group, and received an Economics BS from the University of Connecticut. 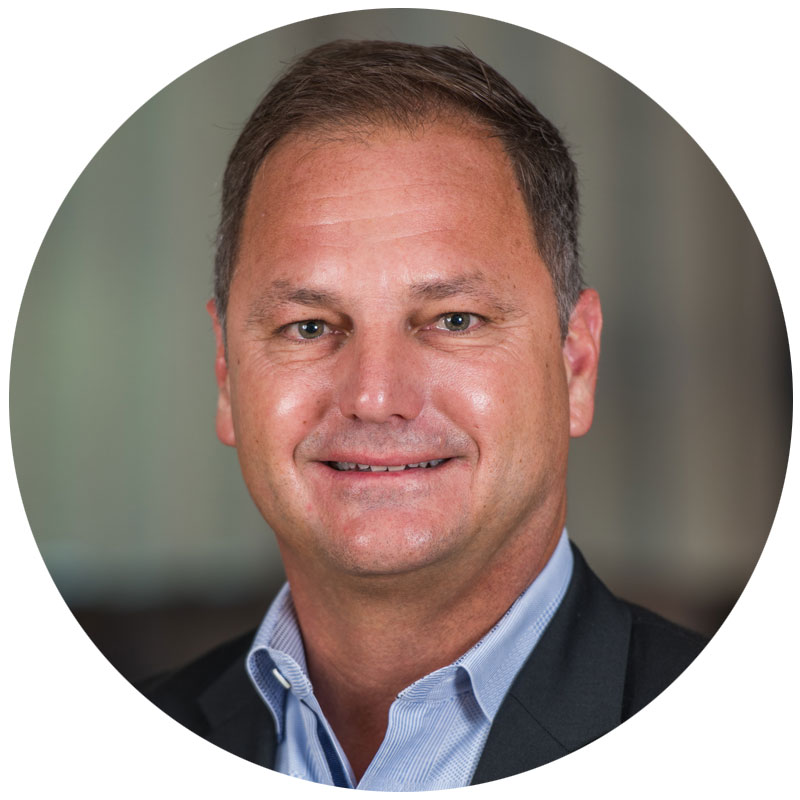 Mr. Wiltse has over 15 years in the hospice industry and has held multiple local, regional, and divisional operating roles as well as new business development responsibilities. He began his hospice career working for what are now Hospice Compassus and Curo Health Services. Mr. Wiltse is focused on new business development efforts by concentrating on expanding Care’s footprint into adjacent markets via incremental offices and branches to better serve our aging population. 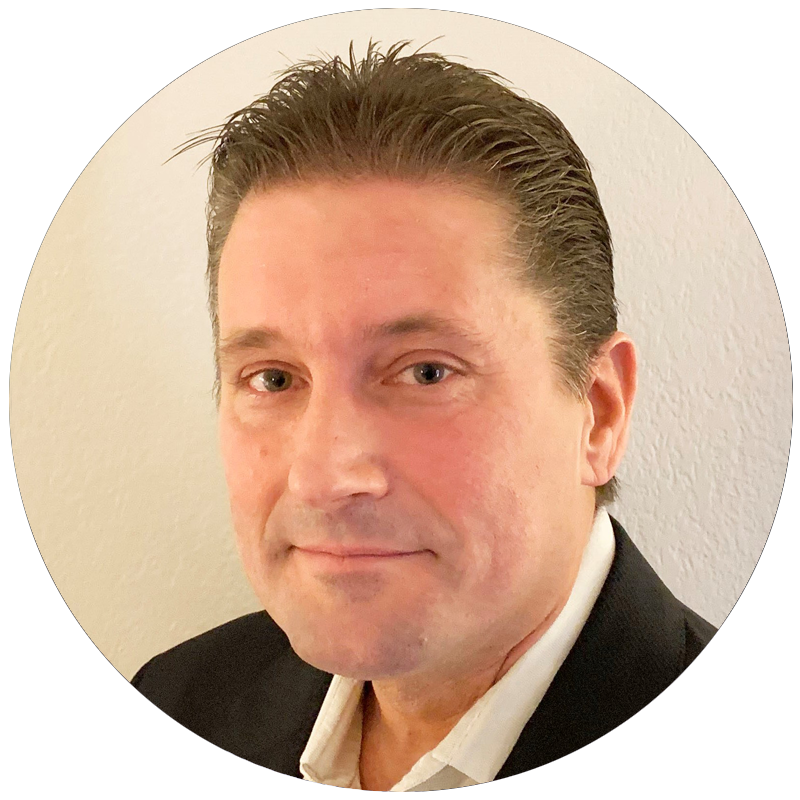 Mr. Dempsey is focused on new business development, concentrating on expanding the Care footprint across the Western United States via incremental offices and branches to better serve our aging population. 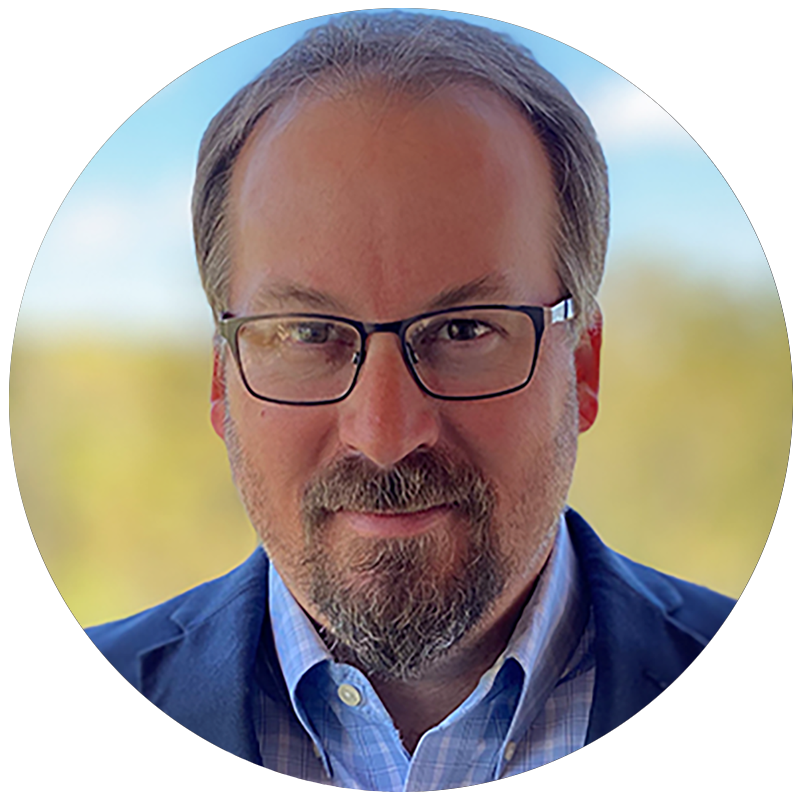 Mr. Cairns has more than 10 years of technical leadership experience. Most recently, Jamie served as the Vice President of Operations and Infosec Officer for PunchOut2Go. Additionally, he has held technical leadership positions such as CIO with WorldStrides and VP of Infrastructure Services with S&P Global 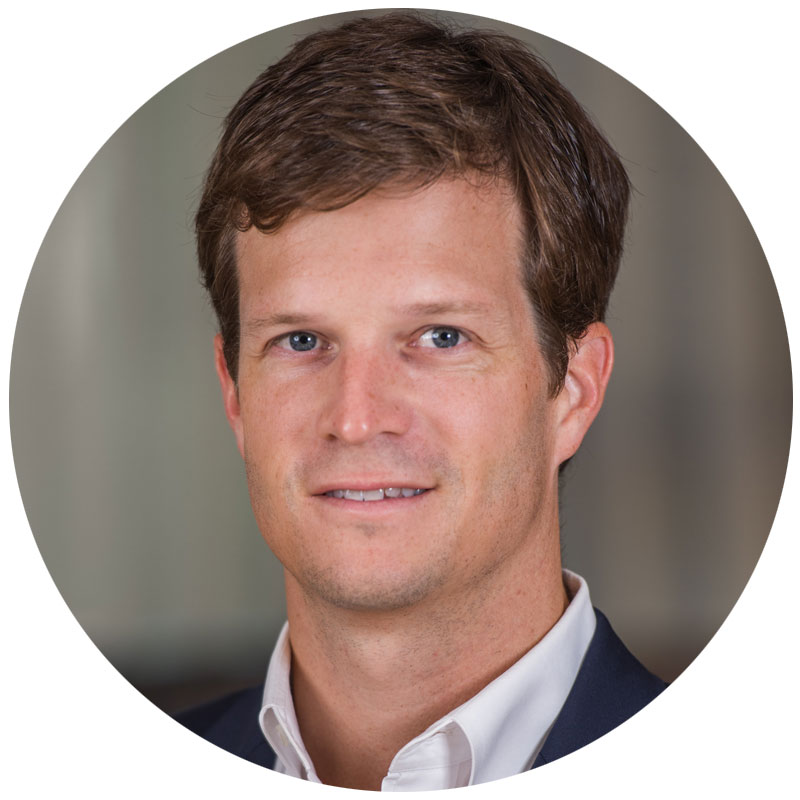 Mr. McMullan has a broad range of experience in finance and operations working with both established and high growth companies across various sectors. His focus at Care Hospice is on corporate development including M&A and other strategic projects. Previously, Mr. McMullan worked for Tiger Management, a New York-based investment firm, where he was responsible for managing a portfolio of private investments. Mr. McMullan began his career as an analyst at Morgan Stanley and received a BA from the University of Virginia and an MBA from the University of North Carolina - Chapel Hill.

Mr. Moore is responsible for Care Hospice’s legal operations in his role as General Counsel and Secretary. Most recently, Jesse served as Vice President, Legal and Government Affairs and General Counsel of the Mobility segment for Aptiv, PLC. Prior to Aptiv he was Deputy General Counsel with inVentiv Health, Inc. Jesse earned a bachelor’s degree in History from Colgate University and a Juris Doctor from Boston University School of Law.

Care Hospice reports to an independent board of directors made of up seasoned executives with extensive hospice and health care knowledge. Our board is actively engaged with the company, providing support with major operational endeavors, while also providing support as we evaluate potential transactions.